Ecological rationality results from the mind adapting to its environment and viceversa.
Bounded rationality becomes succesful if it is ecological.

“Solving a problem simply means representing it so as to make the solution transparent.” (Simon, 1996, p. 132)A solution becomes transparent if it emerges from the structure in terms of which the problem has been modeled. The structure of the problem is the result of an effort of adaptation between the problem itself and the conceptual constructions of the mind. An adaptation is successful if it is ecologically rational (c.f., Gigerenzer, et al., 1999). Ecological rationality is a fundamental characteristic of successful representations. It refers to behaviors and thought processes that are adaptive and goal-oriented in the context of the environment in which an organism is situated, thus giving survival advantage to the organism. Discovering a representation that makes a problem easily solvable gives evolutionary advantage in terms of time resources to adopters of the new representation, because they are able to solve the problem more quickly and easily than those holding to the old representation. 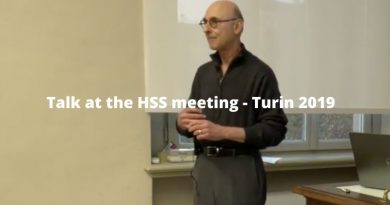